In the summer of 1871, my great-great-grandfather Friedrich Otto Deutschendorf, his wife Florentine Friederike Caroline (née Czarnetzki), and their three young children – including my great-grandfather Karl Friedrich Otto Deutschendorf who was barely a year old – left their home town of Rosenberg in the German province of West Prussia, and traveled (somehow) to the port of Hamburg where they began the perilous six-week journey across the Atlantic on two separate sailboats to America, finally arriving at the Port of New York in September 1871. 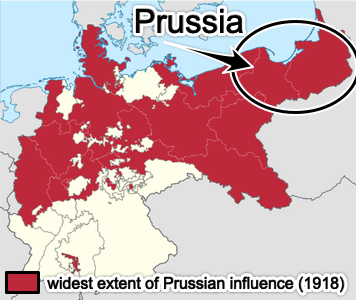 This site is dedicated to researching them and their ancestors.

Those ancestors lived in a region which, although it lies in modern-day Poland and Russia, at that time represented the eastern periphery of the newly-formed German Reich called Prussia. They lived in a province called West Prussia, to be exact. However, that entire region is often referred to as East Prussia to distinguish it from the western regions of "Germany proper" that were increasingly brought under Prussian influence. So my ancestors can be said to be from both West and East Prussia. Confused yet? I've provided an overview if you're interested.

To the right (or below if you're viewing this on a phone), you'll find my great-granddad Karl's »Ahnentafel«… a commonly-used genealogical device which happens to have a German name (it means "Ancestor Table"). To quote my Aunt Shirley who is an experienced and published genealogical researcher and who also introduced me to this type of table:

This chart gives data only on your direct ancestors and is used when space is limited. In this system, the person for whom the study is being made is listed as number 1. That person's father is number 2 and the mother is number 3. From that point on, all men are given even numbers and their wives will have odd numbers. Each individual's number is simply doubled to find their parents. Family names are capitalized. There will be gaps occasionally when names are not known. When a number is skipped, it means that those individuals have not yet been identified.

So the short table to the right represents all of my known direct ancestors in Prussia. Below is a graphical tree representation of the same data. 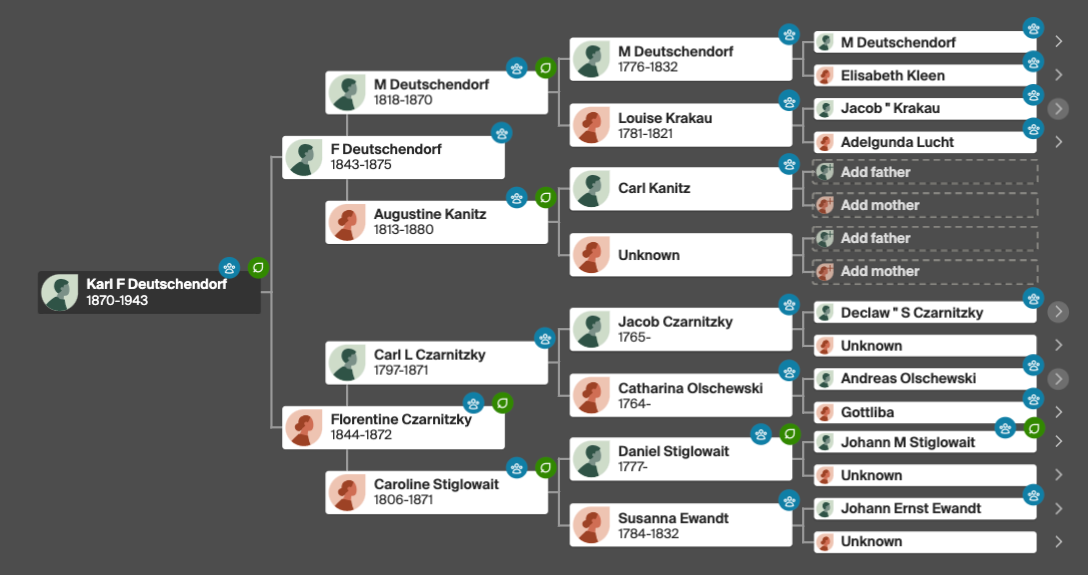 This site also represents my attempt to clone some of the functionality found on Ancestry.com with additional features I've often felt were missing. Click on any individual's name in the Ahnentafel, and you'll be taken to their detail page where you can view their timeline, their close family relations, as well as images and translations of historical records in which they are referenced.

The source code for this site is available (minus all of my family information, of course) as an open source project on Github for anyone interested in hosting their own Ancestry clone. The site is built with Python, Django and SQLite.